Why do people buy an Akhal-Teke horse?...

The Water. Every rider has attempted it, most riders have conquered it. The moment of indecision on your horses part as it decides to skirt the menacing site, or indulge its riders and get its feet wet. This feat is particularly difficult when your legs only descend half way down the ribcage and your strength limits your ability to steer, or stop.

Ears fluctuating back and forth as she attempts to make out her riders confusing cues, she looks to me for a clue and then focuses again on her rider. Legs thumping the sides, hands pulling back and somewhat to the side towards the water. She looks at me for one final look of approval then delicately sticks her feet into the murky depths. She is rewarded by hearty pats from her rider.

At the time of this feat Nola, the rider, was four, Kamileshen (or Shen) the horse was six and we were at a local cross country course. It was an open day, a day where riders bring their horses out for practice and exposure. Shen and I had just finished working over some jumps when Nola stated she wanted to try the water jump. We were done, and I would often let Nola sit on Shen’s back while I cooled her down, so I boosted her into the saddle and clipped a lead line onto her bridle so she could try the water ‘jump.’ The entire feat took about five minutes – I stood quietly on the end of the lead – letting them decipher one another’s cues as they would. I was so busy watching them that I did not notice the audience that had built up. Spectators on foot and on horse were also watching. Many were probably just awaiting their turn at the water jump, but none wanted to interfere or disrupt the delicate balance until the ‘jump’ was complete.

The walk back to the trailer was an eventful one, with riders and walkers smiling and commenting on Shen. The questions almost always started with, ‘What a nice horse, how old is she?’ Followed by ‘Really? What breed is she?’

I could understand their skepticism. I had a field full of geriatrics – my old eventer, my hunter jumper, my mom’s endurance horse, my dad’s trail horse. All still perfectly capable of packing a young child, but instead I chose the youngest horse in the lot for my four year old daughter. The reason, I strongly believe she cares about Nola, to her we are her family and I have learned that Tekes do their best to take care of their family. I have many examples, the time the gate was not opened all the way and Shen would not let Nola lead her through – rather she stood firm and whinnied for my attention. The time I was riding in the mountains and a misstep left me dangling from the end of the reins - she stood legs spread, head down until I scrambled up the side and back onto the trail.

I purchased Kamileshen in 2008 with dreams of getting back into eventing, but she has a home for life because she is family. Breeders place an awful lot of importance on ‘Tekes in Sport,’ but no one noticed Shen’s clean clear round that day – but they all noticed the small child, her tongue sticking out in concentration and the quiet patience of her mount. It is not their athletic ability that makes them invaluable, it is their spirit.

Today, Shen shares the field with two other Tekes, and I make it to maybe one event a year. Nola and Shen are now competing in schooling classes and light horse shows where she proudly sits upon her golden mount and announces ‘She is an Akhal Teke.’ 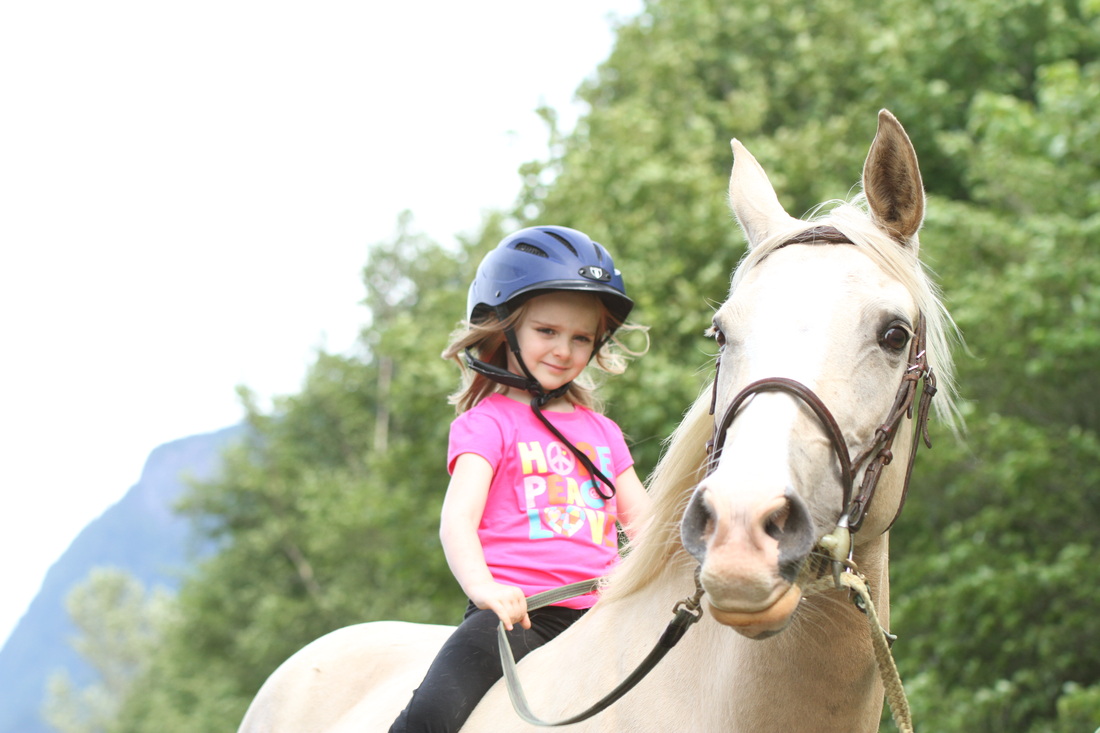